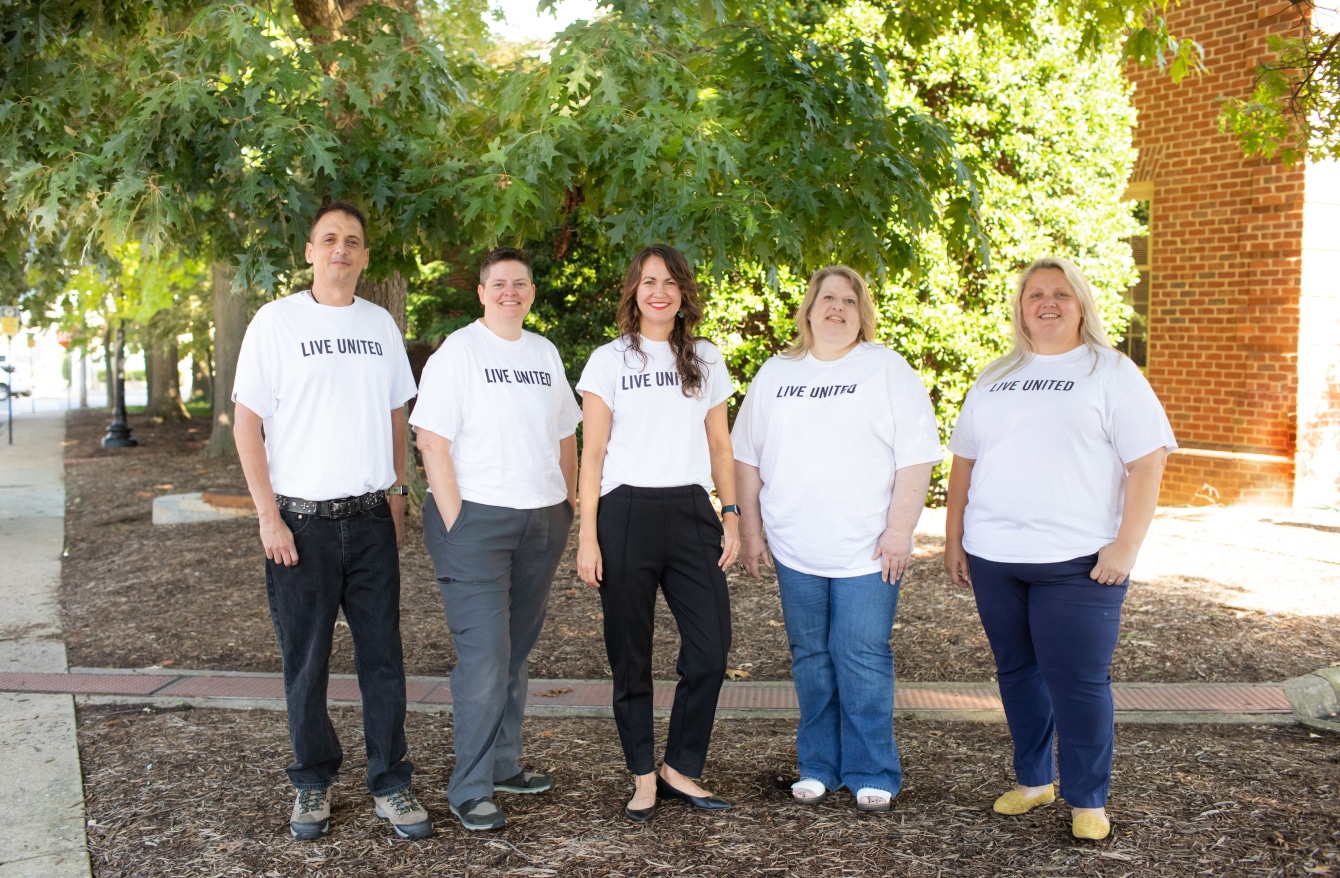 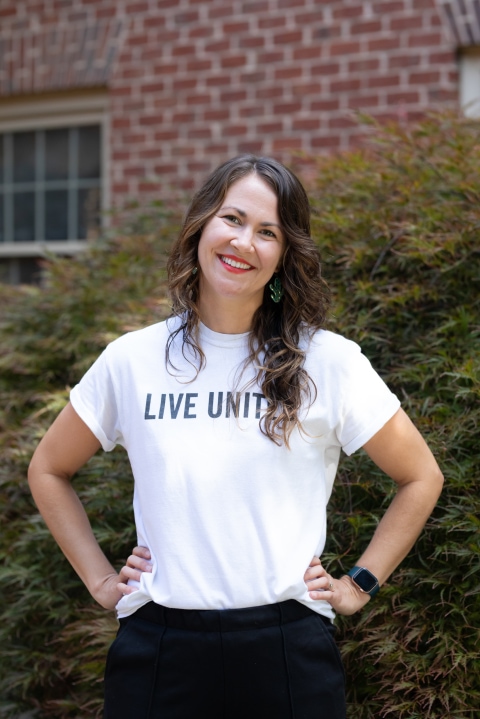 The tag line for my personality type, ENFP, is "People are the product". As a kid, I thought I wanted to be a Marine Biologist- mostly because I thought sea animals were cute. As I got older, I spent much of my time at camps and stepping up in leadership roles at school and at church, I started to understand that developing people was really my passion. I spent four and a half years “brightening the lights” of my alma mater, JMU, in the Office of Alumni Relations, building relationships with alumni all over the world to create opportunities to connect, learn, and celebrate life as alumni. During that time I received my master’s degree in Adult Human Resource Development (securing my place as a “Double Duke”!) which provided me a framework for developing people in the professional world. At United Way, I get the opportunity to make more of those connections while also improving the lives of people in the community that I have grown to love. I couldn't be happier to be in the Valley, where my husband, Matt, daughters, Frankie and Mirah, and I spend much of our time hiking, biking, eating, and enjoying time with the best people in the world. 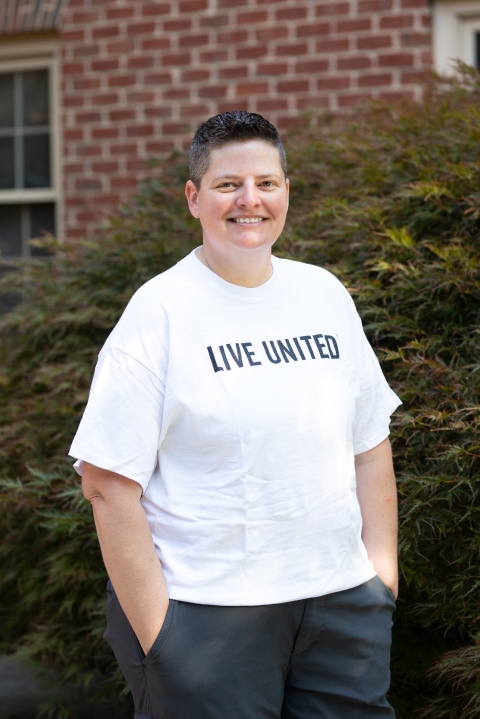 I am a first-generation college student and the first in my big, loud, funny family of five kids to earn a bachelor's and master's degree from Lynchburg College in Virginia. In a former life, I worked at James Madison University, first as an academic advisor for international students and later recruiting youth to participate in an online sex-ed program as part of a research project. I’ve also worked in both domestic animal and wildlife rescue, a shelter environment, and a veterinary clinic. I share my home with a collection of fun-loving four-legged furry creatures and several hardy houseplants I haven’t killed yet. I have had the opportunity to wander the world and enjoyed getting lost in Scotland, England, Ireland, France, Spain, Vietnam, China, and Haiti as well as many parts of the US. Somehow, I always find my way back to Virginia. I’ve been an active member of the local Harrisonburg community and have called the Shenandoah Valley home since 2011. My eclectic mix of interests includes animals, nature, live music, and consuming local beer, wine, food, and LGBTQ culture. I’m glad to be part of the team at United Way and look forward to finding impactful and meaningful ways to connect with Rocktown community members and their pets around town! 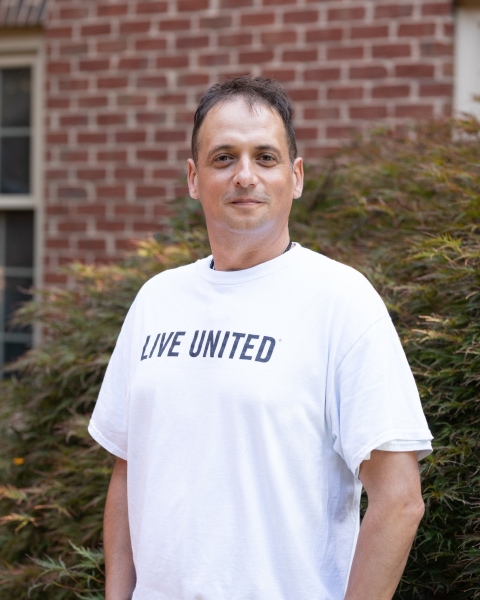 I got tired of just telling the stories and not being part of them.

That’s the reason I joined United Way of Harrisonburg and Rockingham County as its Director of Development, ending a 25-year career as a journalist, a career that had me wired to be the fly on the wall and not a cook in the kitchen.

Trust me, I do love to cook.

Growing up in Chicago’s Little Italy, I spent too much time enjoying the sights (and smells) of family kitchens, where I took mental notes of the recipes.

I moved to Virginia in 1997, having read about these “Blue Ridge Mountains” in the flowery, verbose language of Civil War-era diaries (history major here) while commuting to high school on Chicago’s “L” system, all the while longing to see them.

Those writers made them sound like this side of heaven. Though when I moved to Virginia for my first job in Manassas, it was mountains of traffic that greeted me. Eventually, I made my way to the Shenandoah Valley and fell in love with — and in — this 20-some-mile wide divot in the dirt.

Since then, I spent eight years in Waynesboro, six in Bristol and came back to the Shenandoah Valley in 2016, where my best friend, Elizabeth, and I bought our first home together in Broadway. Won a few journalism awards — state and national and mostly for my sports column writing — along the way.

My job on this small, yet mighty, team at United Way of Harrisonburg and Rockingham County, is to encourage people to do what I decided to do in July of 2022 — become part of the story in this awesome community.

When I’m not doing that, you can find me with my nose buried in Tolkien or Herbert (or watching their filmed versions), planting trees and other growing things on .29 acres, walking around town to get my steps in and talking to strangers everywhere I go.

Tests tell me I’m an extrovert, but, let me tell you, sometimes just sitting at home on a Sunday is the way to go. Right? 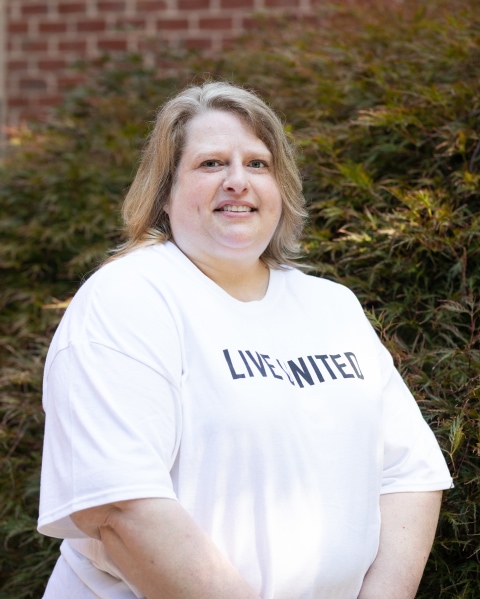 I was the last of four girls born and raised in the suburbs of central New Jersey; and although I loved the area I grew up in, the traffic and congestion kept getting worse and eventually I wanted out. So, in 1994 as a young adult, I moved to my grandfather’s 106 acre farm in central Pennsylvania. Now, a farmer I am not, so the land was rented by a local farmer to grow corn, clover and soy bean. I did however, find the peace and quiet to be amazing. I finally settled into a 16 year long career working with funding from federal, state and local governments in a program that provided Weatherization services to low income families. We helped make homes more energy efficient to lower heating and electric costs throughout eleven counties in the state.

In the meantime, my parents, who were also getting tired of the rising costs in NJ moved to the Shenandoah Valley in 2003. In 2016, two years after my father died, my mom asked me to move to Harrisonburg to be with her. My first job in the area brought me to the CSA (Children’s Services Act) office in the Rockingham County Administration building. We funded a host of services needed for children in the local foster care system.

Then COVID-19 hit with a vengeance and career paths changed and a job or two later here I am; working with the wonderful people at United Way of Harrisonburg & Rockingham County. Although I have only been here for a short time I already see the difference people can make in the community when everyone works together, so I plan to stay as long as they will have me. 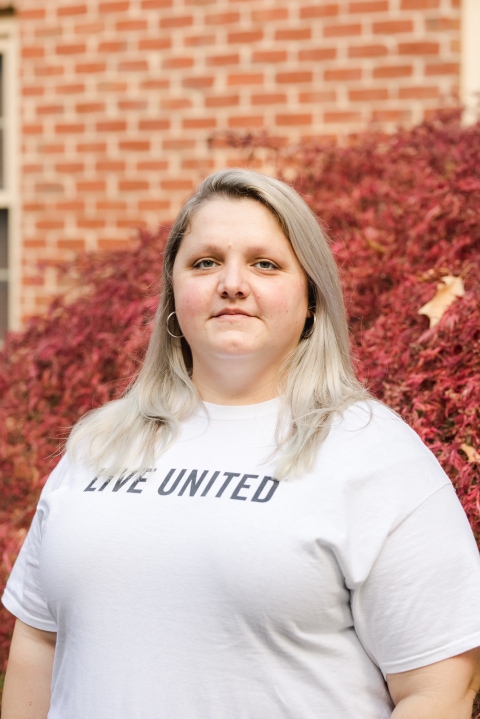 I was born in Bosnia & Herzegovina and immigrated with my family to the Shenandoah Valley in 1998. As refugees, we were fortunate enough to access a lot of local resources in those initial years. It was the love and support of this community that inspired me into community work.

After graduating from Broadway High School, I attended Blue Ridge Community College and Mary Baldwin University. I have worked in retail, banking and for the last 7 years in the nonprofit world.

I live in Grottoes with my husband and our 3-year-old son Finnley and in our downtime, we love to be outside. 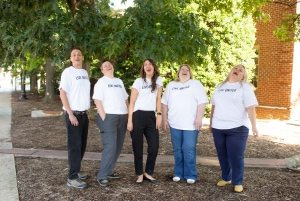 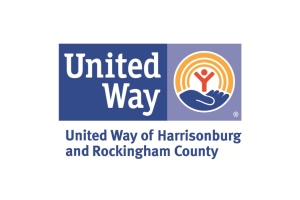 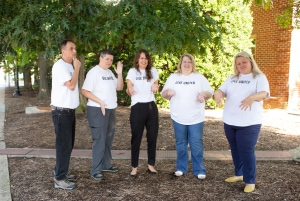