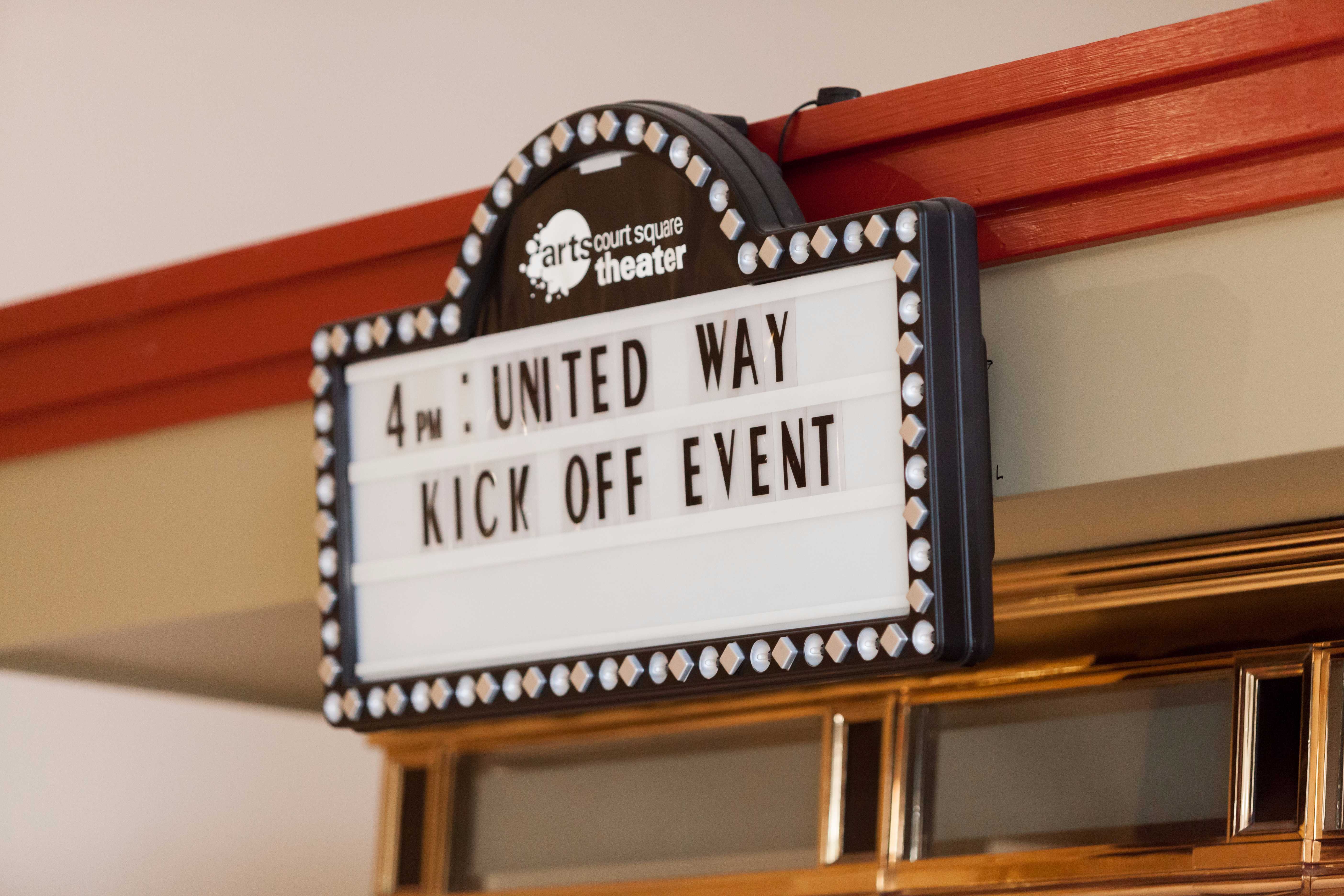 On September 20th, we kicked off our 2017 Community Impact Campaign at Court Square Theatre in downtown Harrisonburg. Community partners and members gathered to enjoy an evening of fun and positive impact.

After gathering in the theatre, our Executive Director, Laura Toni-Holsinger, graciously introduced those individuals and organizations who played a vital role in the campaign. The best part though, was the touching stories shared about community members who had been impacted through the help and services supported by United Way. To learn more, check out our 2016-2017 Community Impact Report.

In addition to stories of impact, it was also revealed that our annual campaign would be dedicated to Charlie Wampler Jr., a founder of our United Way and passionate community activist. With good memories of Charlie at the forefront of everybody’s mind, all transitioned to the Capital Ale house to enjoy drinks and appetizers. Each member who partook in this incredible event not only had a deeper understanding of the United Way’s impact, but also what work goes into meeting the community’s needs. This Campaign Kick Off was surely the mark of even more successful years ahead.

The excitement didn’t stop there! We are also celebrating our 60th anniversary this year. With years of uniting our community to empower people in need we know it only takes 60 seconds, 60 minutes, or 60 days to impact your community We are so grateful to have been united with Harrisonburg and Rockingham County for 60 years! #LIVEUNITED #UnitedFor60

Many thanks to our media partners for great coverage of the event.